Trainer David Vandyke is hopeful of a bright future for OH MONA after the three-year-old won convincingly on her debut at Ipswich on Thursday.

Sent off as one of the favourites, the daughter of I Am Invincible showed plenty of speed form the gates to settle in second behind a fast looking tempo. She always seemed to have the measure of the long-time leader and as the field turned for home jockey Ryan Maloney eased her alongside the pacesetter before passing and going on to win with a bit in hand.

“I had an open mind on how she would perform but I was expecting her to finish strong.” Said Vandyke on Friday “I wasn’t sure where she’d get in the run and I was surprised when she showed good pace from the gates to get up to sit second. She exceeded my expectations based on her trial.”

That trial, the Queensland based handler is referring to, saw her finish fourth of six over 850 meters at the Sunshine Coast and was a performance that told Vandyke plenty about his charge.

“I thought her trial was fair.” He explained looking back on that effort. “She’s not the type of filly that has an electric turn of foot, she’s more of a filly that’s good at building momentum and I think we saw that on Thursday when she was chasing down the leader. It wasn’t like she got to it and careered away, she started to wind up from the top of the straight and she looked very smooth in getting the job done.” 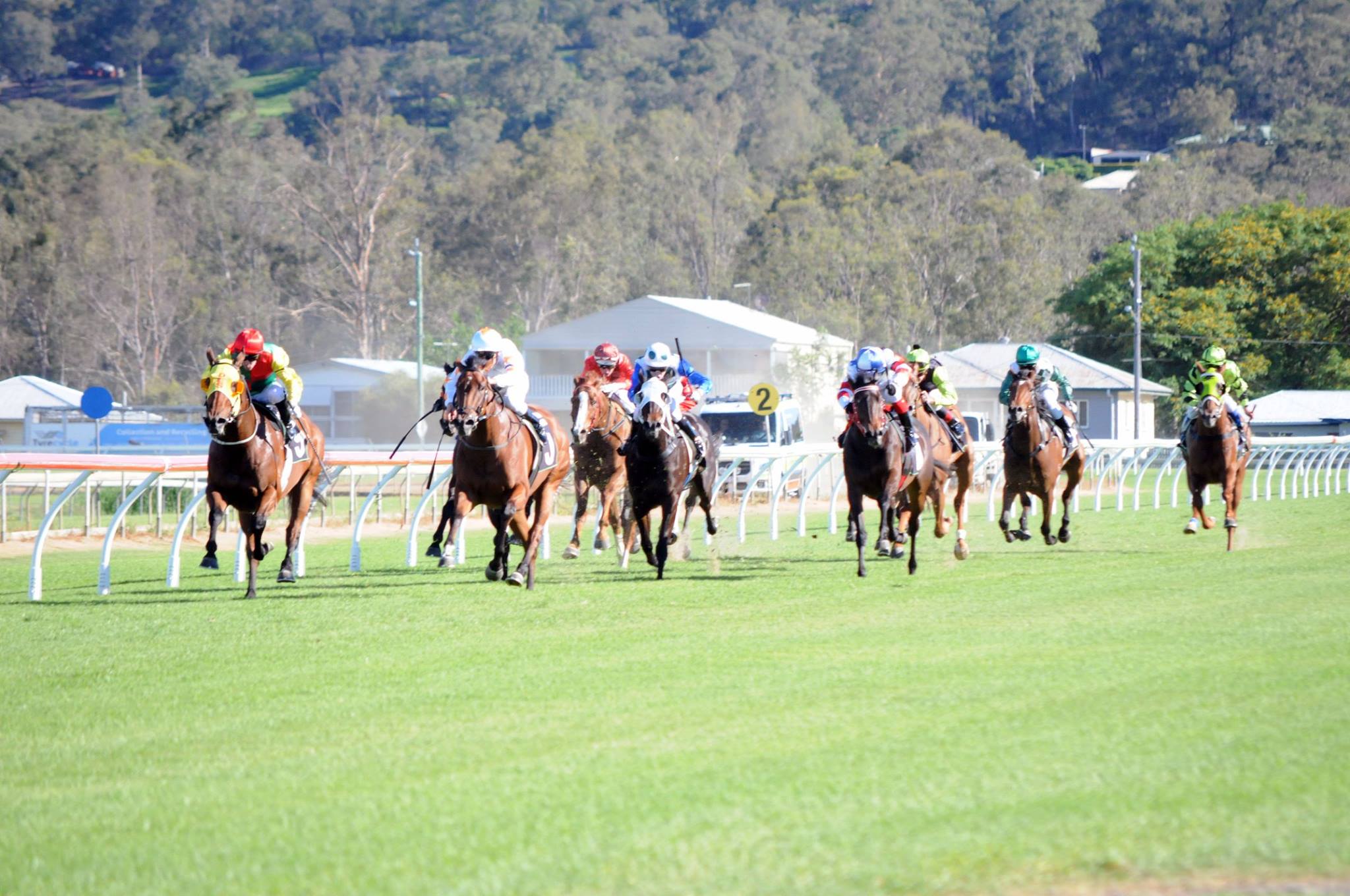 As first impressions go her victory was certainly a good one and her jockey, Ryan Maloney, who was taking his tally to three from three for the yard, was equally impressed.

“She had a lot of presence about her when she first walked into the saddling yard and she’s been well handled by David.” Said Maloney, who saw her for the first time Thursday. “She’s got great racing manners. She started really well, did everything I asked of her and got to the line quite well. She only did what she had to do but she’s a filly with a lot of upside.”

Her prospects are not the only thing her trainer and jockey agree on. Both men are also convinced they’ll be improvement to come form her, especially, when she races over longer distances than her 1100 meter debut.

“The two most pleasing aspects for me were the way she handled the whole experience mentally and the way she finished the race off to run through the line.” said Vandyke. “In fact she was full of running 100 meters past the post and Ryan got into a battle with her to get her to come back and slow down. That gave me the indication she was warming to the task and I look forward to getting her up to further on her next start.”

“She has a lot of scope about her and on a bigger track, given time, you’re going to have a lot of fun with her. She’s a big robust mare but she has a very neat, athletic action to her. She has a lovely temperament but also a bit of spunk to her to go with it so the signs look very good. The leader ran along at a good genuine tempo and just had her out of her comfort zone. That might be down to race experience where she wasn’t so comfortable with that sort of speed on her first start. Just looking at that,1400 to a mile later on will suit her down to the ground.”

Perhaps, her promising prognosis doesn’t really come as a surprise to Vandyke who has always been very upbeat in his updates on the three-year-old.

“She always had plenty of scope, not really typical of the I Am Invincible’s, she’s looked to me more like a filly that would get further and always has looked that way.” reflected her trainer looking back on his first impressions of the horse. “She was a very busy filly mentally and was always trying to do more than we wanted her to do. I think if we pushed her along as a two-year-old that would have been the wrong thing to do. It’s really the latter part of her preparation that she’s started to relax into her work. She’s  got quite tall and she’s certainly stronger across her hind quarter while she’s still filling out her front end. She’s furnished into a lovely three-year-old.”

Vandyke isn’t resting on his laurels, fully aware that OH MONA is not yet the finished article. But that is one of the most pleasing aspects of her debut run as more can be expected next time out.

“I’m expecting to see good improvement, I didn’t have her would up to perform at her peak first up, I certainly left something in the tank. “Explained Vandyke clearly looking forward to the filly’s next start. “The fact it was only 1100m and the fact we’re going up in distance gives me more confidence she can step up to the next level and be one of the few horses that can win her next start out of her maiden.”

Of course, if she manages that there’ll be plenty of big race targets being considered but for now Vandyke is just concentrating on where to send her in search of that second victory.

“There’s two races I’m looking at. One is a Class One for fillies and mares at her home track over 1400m ,the other is a 3-y-o class three plate at The Gold Coast.” Explained Vandyke. “I’ll look closely at both races and make a decision much nearer the time. Normally I’d like to leave horses three weeks from their debut run to the second start but the way she recovered I’m leaning towards the fillies and mares race, which is in two weeks.”

Long term the I am Invincible filly is entered in the Magic Millions three-year-old Guineas but that now looks unlikely after her performance on debut. That’s not to say her trainer is shying away from the big prizes.

“I don’t think Magic Millions will be suitable for her over that distance but she exceeded expectation on Thursday so I think we can aim towards some stakes races in the Autumn and winter over a mile and further.”

It’s exciting times for David Vandyke and Phoenix Thoroughbreds with this filly but neither will be getting carried away. Ryan Maloney is also excited by this prospect and you’ll be able to read an in-depth interview with the Queensland based jockey on our website very soon as he gets his career back on track. 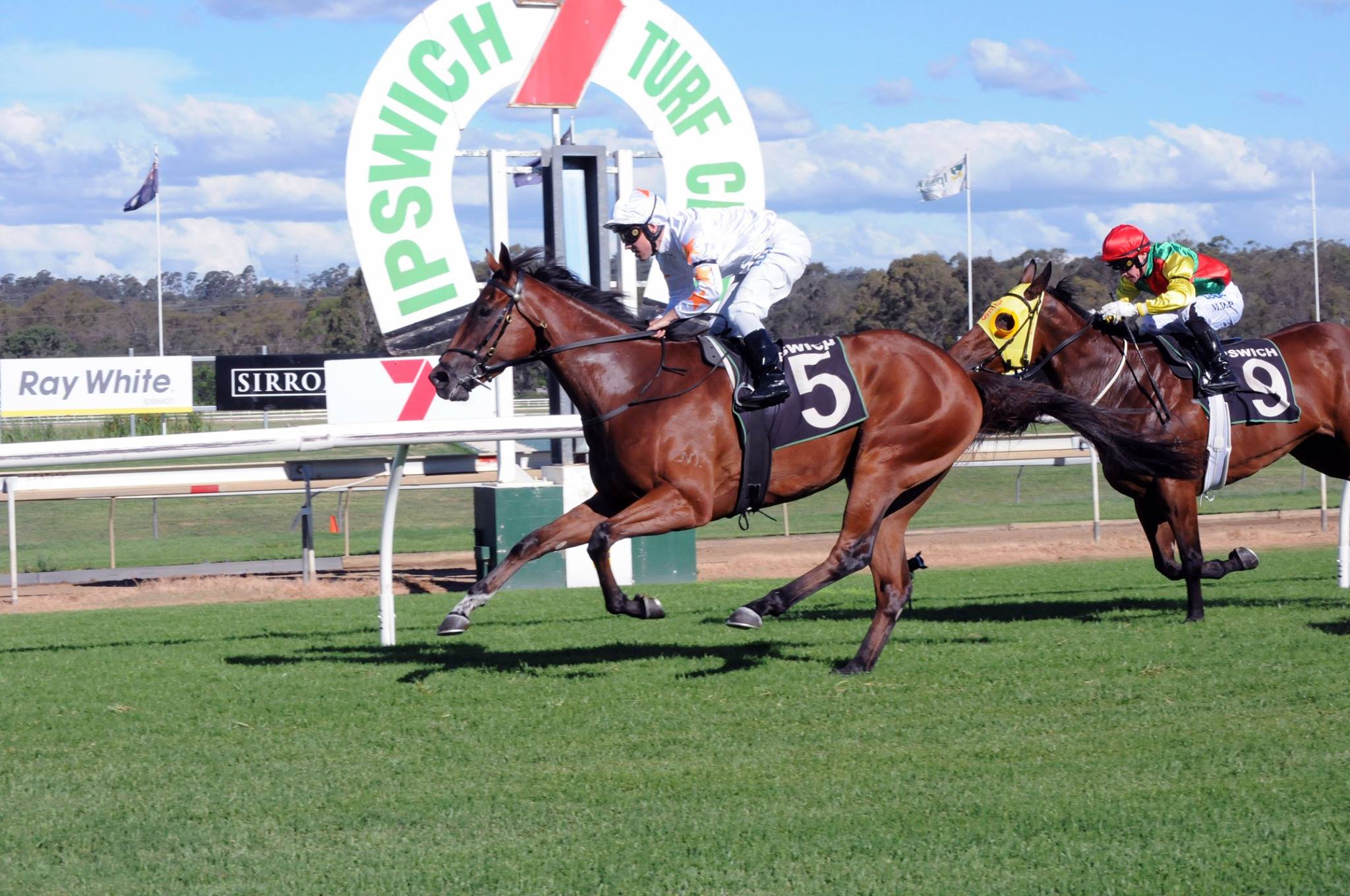