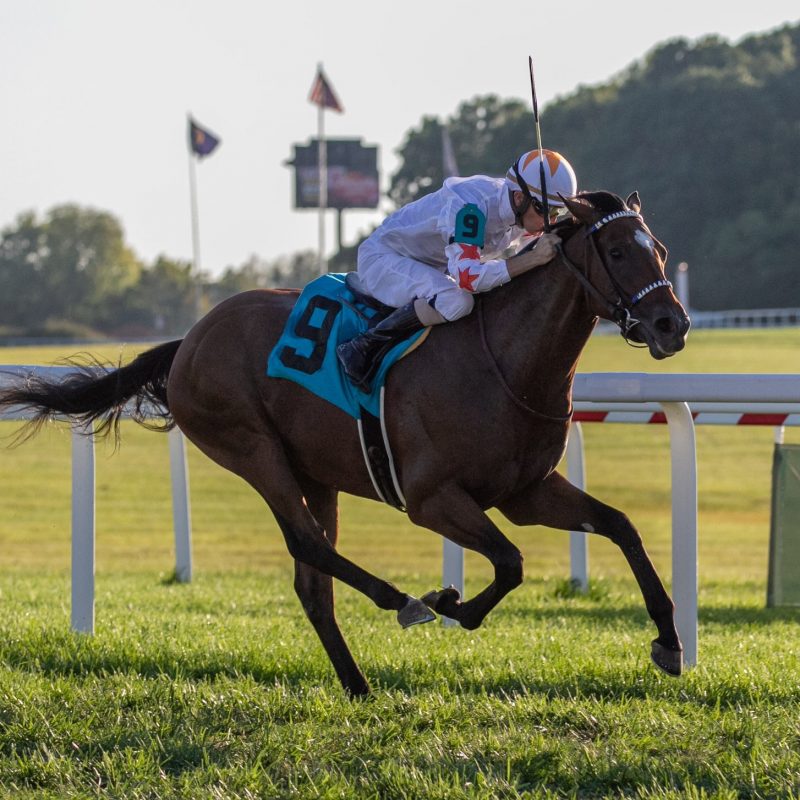 Seemingly equally effective on both turf and dirt Tiz The Bomb has the potential to be Phoenix Thoroughbreds most exciting horse in training.

A 14-plus length victory on just his second start signalled the son of Spendthrift's Hit It A Bomb could be approaching something special, and trainer Kenny McPeek didn't have to wait long to find out. Switching the colt to turf and up into Stakes company for his third run paid dividends with the two-year-old running out an eye-catching winner of the Juvenile Miles Stakes at Kentucky Downs. Next would come a performance that stamped the colt as one of the most exciting horses in North America. Despite breaking through the gates before the off, he showed outstanding late speed to claim the G2 Castle And Key Bourbon Stakes at Keeneland in good style. That success booked the colt a berth in the Breeders' Cup Juvenile Turf where he confirmed his status as one of the most exciting turf horses in North America with an outstanding runner-up showing.

Tiz The Bomb's dam, the Tiznow mare Tiz the Key, has produced five foals, two of which are winners. A further examination of his pedigree shows strong blood ties to G1 Prix Mornay runner-up Gallanta and her daughter Gay Gallanta, who won the G1 Cheveley Park Stud Stakes as part of her juvenile champion campaign.