TAKE ME WITH YOU
description 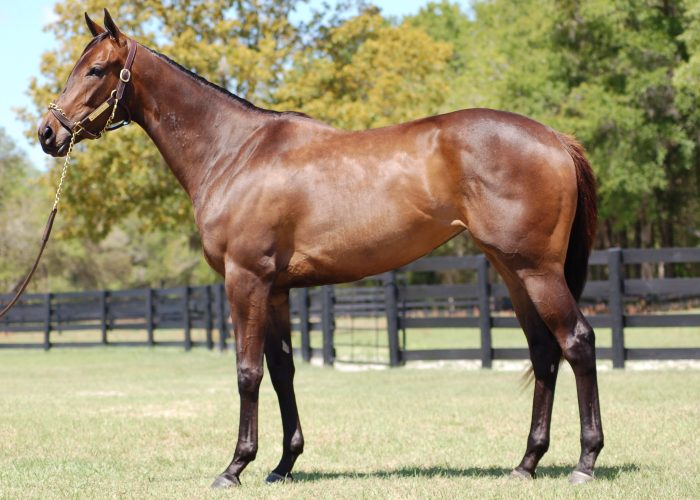 Raced three times as a juvenile, including a standout third in the Group 3 Albany Stakes at Royal Ascot on just her second start, the daughter of Scat has been retired as an attractive broodmare prospect.

She is a half-sister to two winners, out of Me And Miss Jones, an unraced Smarty Jones half-sister to Crossbow and Forest Prince, placed in Grade Three and Listed company respectively.

The second dam, Forest Heiress, a daughter of Forest Wildcat, is a full-sister to both Listed winner Forest Heir and, more significantly, Wildcat Heir whose six victories included one in the Grade 1 Frank J de Francis Memorial Dash.

Other Grade One winners in the pedigree include Louis Quatorze and Awesome Gem. DOB: 2015