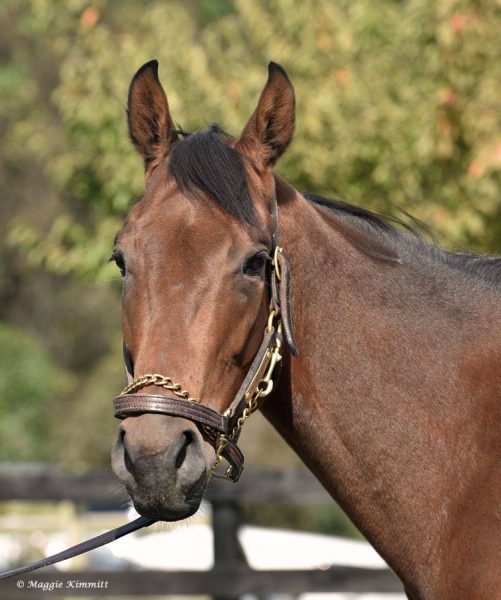 Acquired at the inaugural Glorious Goodwood Sale, to which she was a late addition by her breeder and trainer, Jim Bolger, having raced for his wife Joan, this 3yo daughter of Vocalised made a winning racecourse debut, as a juvenile, at Fairyhouse in June of 2017.

She was immediately stepped up in class, her best subsequent juvenile outing being a third in the Group 3 Flame Of Tara Irish EBF Stakes on The Curragh.

She returned to action in April, when fourth in the Group 3 1000 Guineas Trial at Leopardstown. She arrived at Goodwood having returned to winning form in the Listed Yeomanstown Stud Irish EBF Stakes, over 6f at Naas, the same distance over which she had won her debut.

She is out of the winning Galileo mare Something Graceful, who is herself out of Grade 2 winner Que Puntual, making her a half-sister to Australian Group 3 winner Oceanographer.