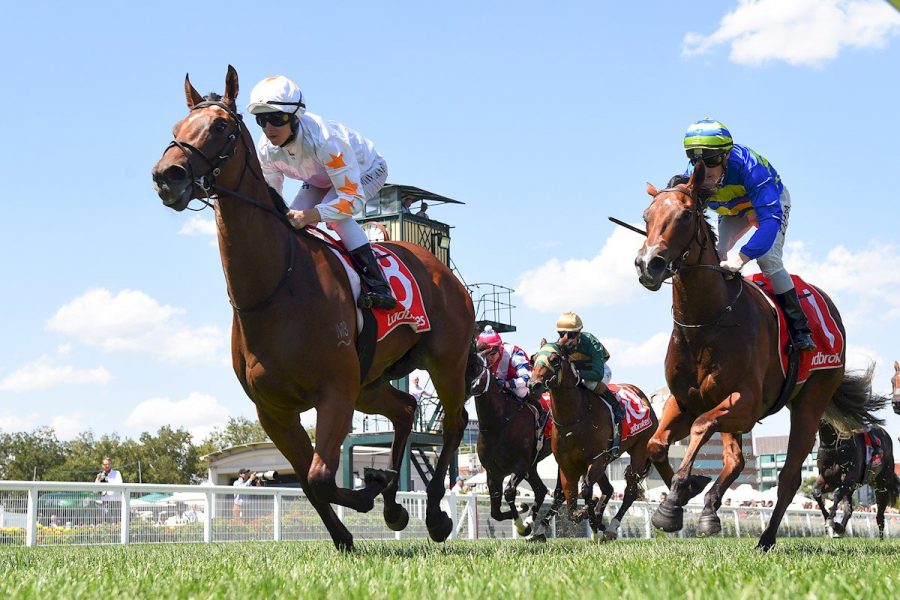 Now part of the Phoenix Thoroughbreds' broodmare band, two-time Group One winner Loving Gaby was one of the leading fillies of her generation.

Trained by Ciaron Maher and David Eustace, she took the unusual path for a filly of competing in all four Group Ones for two-year-olds in her debut season, where she won significant prize money and plaudits.

Before her Group One odyssey began, she started her life as a racehorse with a bang, weaving through her opponents to take the Group Three Chairman's Stakes at Caulfield. That set up a tilt at her first race at the top level, but a luckless run full of traffic problems saw her finish a closing sixth in the Blue Diamond Stakes. Confirming her promise during that run, she then lined up in the richest two-year-old race in the World, The Golden Slipper, where she again caught the eye finishing a close fourth behind some of the best colts of their generation. It would be a runners-up spot behind the horse generally considered the best of his age group in the Sires Produce Stake before she would again fill that spot in a race not run to suit in the Champagne Stakes at a mile.

Landing the Group Three Scarborough Stakes on her first start as a three-year-old, she followed up to land Phoenix's first Group One success in Australia, taking out the Manikato Stakes at Moonee Valley. In the process, she became the first filly to win the race since it was granted Group One status in 1989. Her second success at the top level came in March 2020 when she followed runners-up placings in the Darley Sprint Classic, Lightning Stakes and Newmarket Handicap by impressively winning a strong renewal of the William Reid Stakes again back at Moonee Valley.

Likely to be a top-class producing broodmare, she is in foal to exciting first season stallion and the Phoenix Thoroughbreds part-owned Pierata.