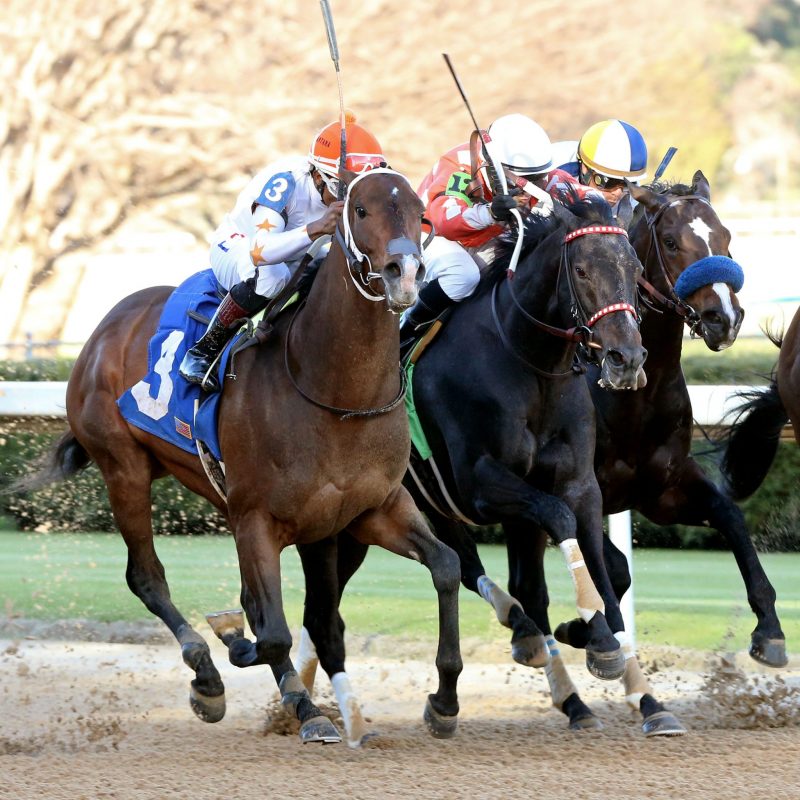 Under the guidance of hall of fame trainer, Steve Asmussen Little Menace is showing signs of great potential.

From the same family as multiple Group One winner Kooyonga the son of Into Mischief won two of his first three starts. After finding one too good on debut, the colt went on to win his next two including taking out what looked to be a strong Allowance Optional Claimer at Oaklawn.

Taking his record to three wins in six runs the colt stretched out to a two-turn one and sixteenth mile trip for the first time when comfortably landing the Grand Prairie Derby, his first stakes success.