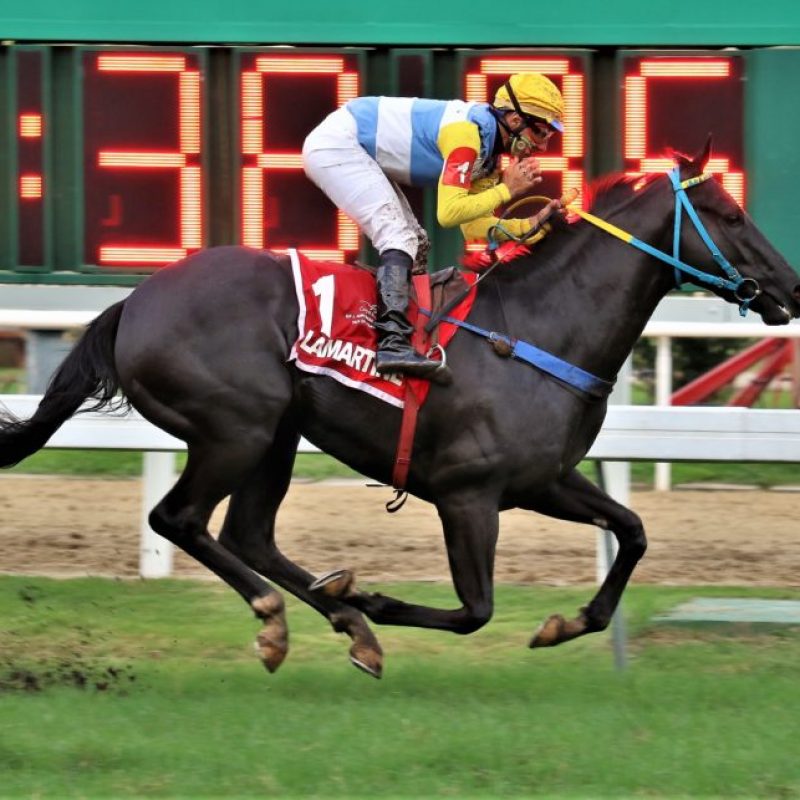 A two-time Grade One winner in Brazil, Lamartine's career is now guided by hall of fame trainer Steve Asmussen in the US.

By the excellent Shanghai Bobby and out of good producing mare Dica the colt is a homebred for Stud Eternamente Rio a half-brother to 2016/2017 Champion 2YO Colt of Brazil Jadir. He won three of his five races, including those two at the very top level while racing in South America, enough to convince Phoenix Thoroughbred's to buy him and switch him to racing in American.

Since arriving in the States, he showed steady progress in two starts before putting in an eye-catching performance to win an Allowance Optional Claiming contest at Churchill Downs. He followed that with his best run to date in North America placing a close up fourth at listed level at Indiana Grand.