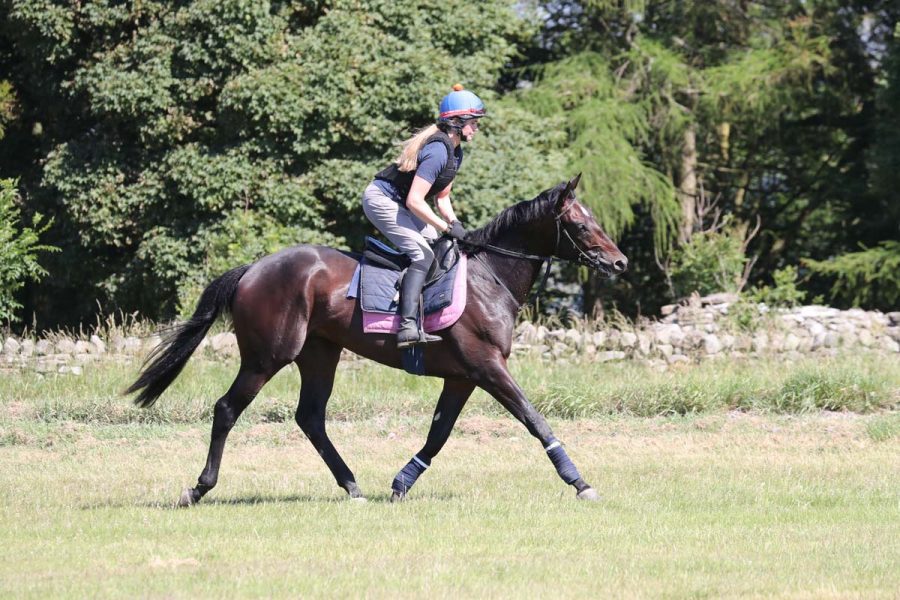 Always held in the highest regard by his trainer, Karl Burke, he missed several possible engagements before making a winning debut, in style under the stable’s apprentice, Clifford Lee, at Haydock during their first meeting of September.

After his victory, Burke said: “Kadar is a beautiful colt with a big future. He's done that relatively easy, he was caught in a pocket but he escaped out of it. He's a big, galloping horse. He stays the mile and I would have no hesitation going to the Guineas as I think he'd be competitive. He's not slow and has a high cruising speed. A mile and a quarter plus will be his trip next year, though.”

He made his three-year-old debut in the Feilden Stakes at Newmarket, running a solid fourth and he'll now be stepped up in trip as he aims towards the Dante Stakes at York and with luck the Epsom Derby.

A 2yo Scat Daddy colt, he really caught the eye when sold at Arqana earlier in 2018 and is the fifth foal out of Kaloura, a daughter of Sinndar and a Listed winner.

Her half-siblings include dual Group one winner Kalanisi as well as Kalaman who won the Group 2 Scottish Derby before racing, with great success, in Hong Kong having been renamed Oriental Magic.