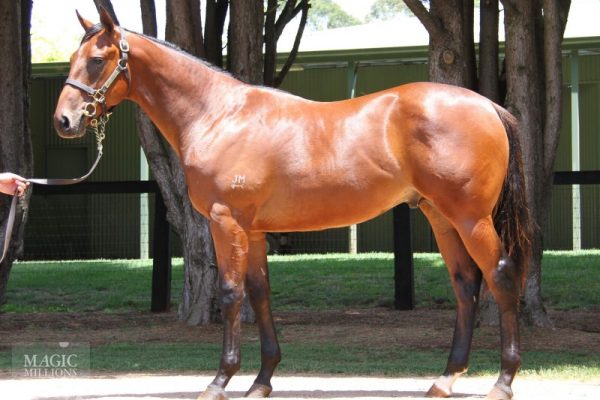 A million dollar baby Grand Admiral is owned in partnership with Aquis Farm, Yulong Investments and his trainer Ciaron Maher and is a fascinating prospect on paper.

One of the reasons you can land on that conclusion is that his sire is Snitzel who has been so prolifically successful as a father to champions that his achievements are described on Arrowfield Stud's website like this.

"Such is Snitzel’s spectacular impact on Australian racing & breeding that only one active Australian stallion looks likely to exceed his benchmarks and that’s Snitzel himself."

While that is taking enough the colt is out of Admirelle making him a full-brother to the Group One winner Sizzling. A further look at his page reveals plenty of other black-type winners, and we hope he can live up to his family's legacy.