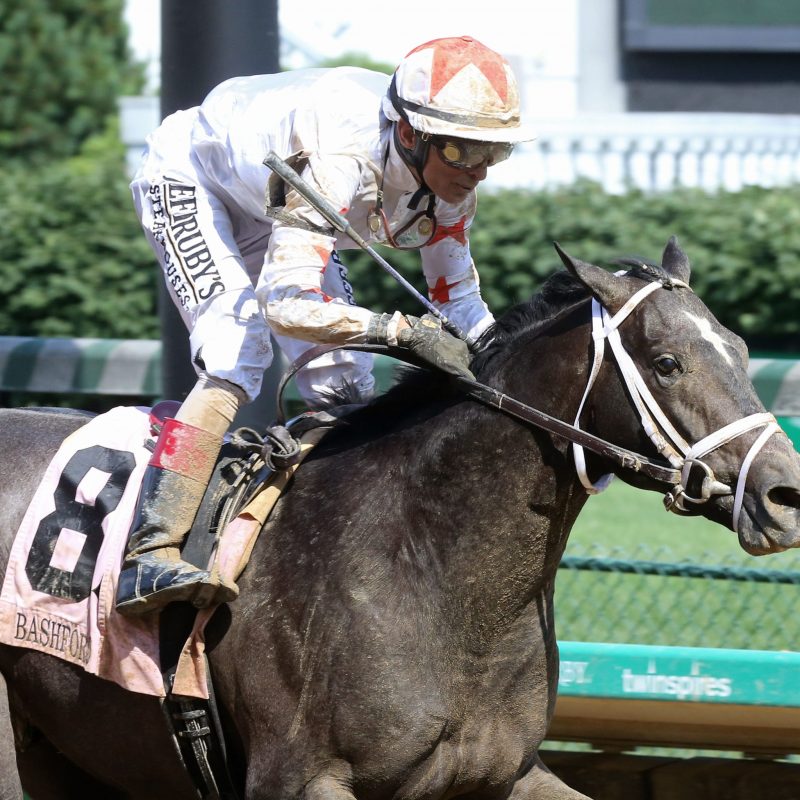 Double Thunder marked himself out as a colt with massive potential early in his career when he took his record to two wins in two starts with a commanding victory in the G3 Bashford Manor Stakes at Churchill Downs. Against the backdrop of nothing going to plan, the Todd Pletcher trained colt produced a stunning last to first display that impressed his veteran rider, John Velazquez.

That opening Graded Stakes success followed off the back of a debut win over an inadequate four and a half furlongs at Monmouth, which showcased the juvenile's lighting quick speed.

a troubled path to glory, Todd Pletcher's trainee again stamped himself as a horse on the rise when winning the Sapling Stakes at Monmouth Park. The colt took his form to a new level when showing great determination to finish runner up in the G1 Breeders' Futurity Stakes at Keeneland while proving he can mix it with the best at racing's top table.

A son of Super Saver Double Thunder is the first foal out of multiple winning Tapit Mare Rattataptap. His most noteworthy family members include G3 winner Sindy With An S and G1 scorer Sunriver in a pedigree littered with Graded Stakes winners.