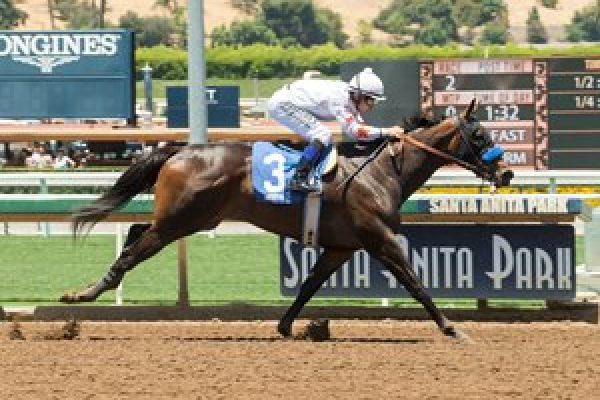 Formerly part of the Phoenix Thoroughbred string based with Bob Baffert, Diamondsandpearls made a winning juvenile debut in July 2017 at Santa Anita before finishing fourth in Del Mar’s Grade 2 Sorrento Stakes.

That was in the August after which she met with a setback and was off the track for over a year before proving her trainer a maestro by winning on her return, in early September 2018, at Los Alamitos. And, not only did she win, she won comfortably which was particularly gratifying after such a long break.

A 3yo daughter of Congrats, she is the third foal to race and win out of Azalea Belle, an unraced daughter of Dixie Union.

The second dam, Westerly Breeze, was a Grade Two winner by Gone West.

Diamondsandpearls has now been retired as a broodmare and is scheduled to be covered by Uncle Mo.