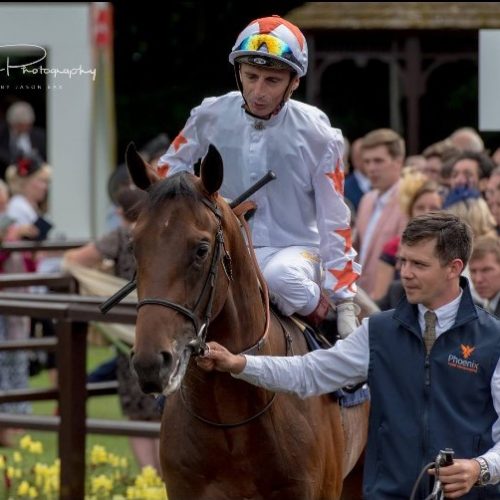 Unbelievably consistent, the gelded son of Youmzain is still improving despite having won five of his eight career starts. After a promising effort on debut, he'd win four on the bounce, culminating in an impressive success at Kempton on his first start in a handicap.

Under the expert care of Peter Chapple-Hyam Deja has returned as a five-year-old, turning in two very nice performances. A runners-up spot in the Duke Of Edinburgh Handicap at Royal Ascot was followed by a winning run in the Prestigious Old Newton Cup at Haydock Park.

Looking like there is plenty more improvement to come it's likely he'll target the Ebor next before a possible step up into Group Company.

DUBAI DOMINION
TAKE ME WITH YOU
Related Items
No related found here!