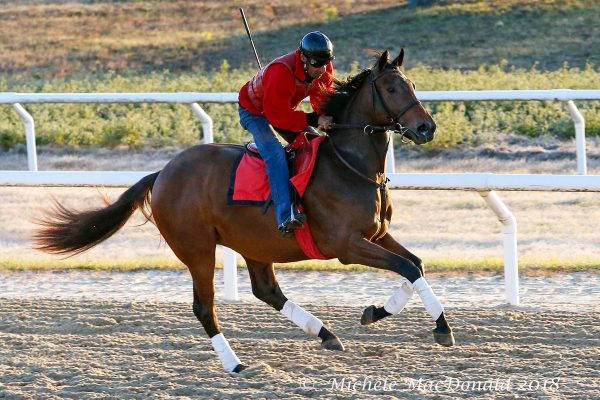 Sired by the Grade One-winning producing phenomenon Malibu Moon, Blue Moonrise is bred to be a star.

Out of Unbridled Song mare Dawn Chorus the filly is related to plenty of classy types, who found the winners circle as both juveniles and older horses. Among the stand-out members of her family tree is Breeders' Cup Juvenile Fillies winner Countess Diana while black-type success stories Fighting Countess and Dawn Princess also number among her close relations.

In the more than capable hands of dual Triple Crown-winning trainer, Bob Baffert, Blue Moonrise followed her debut with two cracking runs in defeat while showing improvement in each. Looking progressive at this early start in her career, she should mature into an exciting filly.