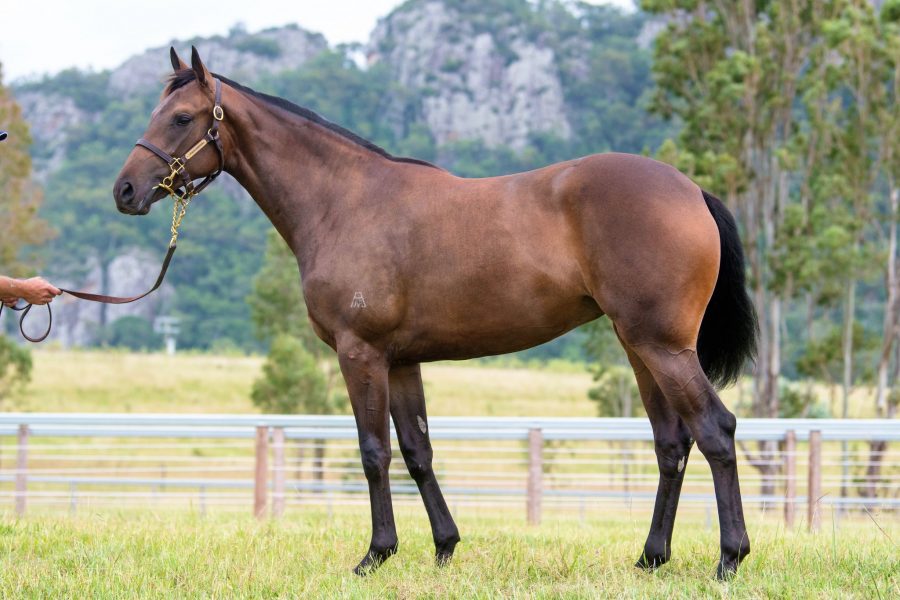 A filly by one of the most exciting sires in Australia in the form of I Am Invincible Best Stone showing great early promise.

Trained by John Thompson the juvenile impressed in trials and ran a great race on debut to find just one too good at Kembla Grange over 1000m. She was still showing a few signs of inexperience and was forced wide around the turn before showing a telling turn of foot to hit the line strongly. With that under her belt, she should improve, especially when stepped up in trip.

Out of winning mare Dash On Ruby she is a half-sister to former champion two-year-old of South Africa Harry's Son while she also holds close blood-ties to Grade One winner Ruby Clipper, just one of a host of Graded success stories on her page.