Three Chimneys Farm and Phoenix Thoroughbreds announced today that Grade 1 winner and Stakes Record setter Volatile, winner last time out in the A.G. Vanderbilt (G1) against a field comprised of all Grade 1 winners at Saratoga, has been retired due to a hairline fracture of his right front cannon bone. He will take up stud duty at Three Chimneys for the 2021 breeding season. 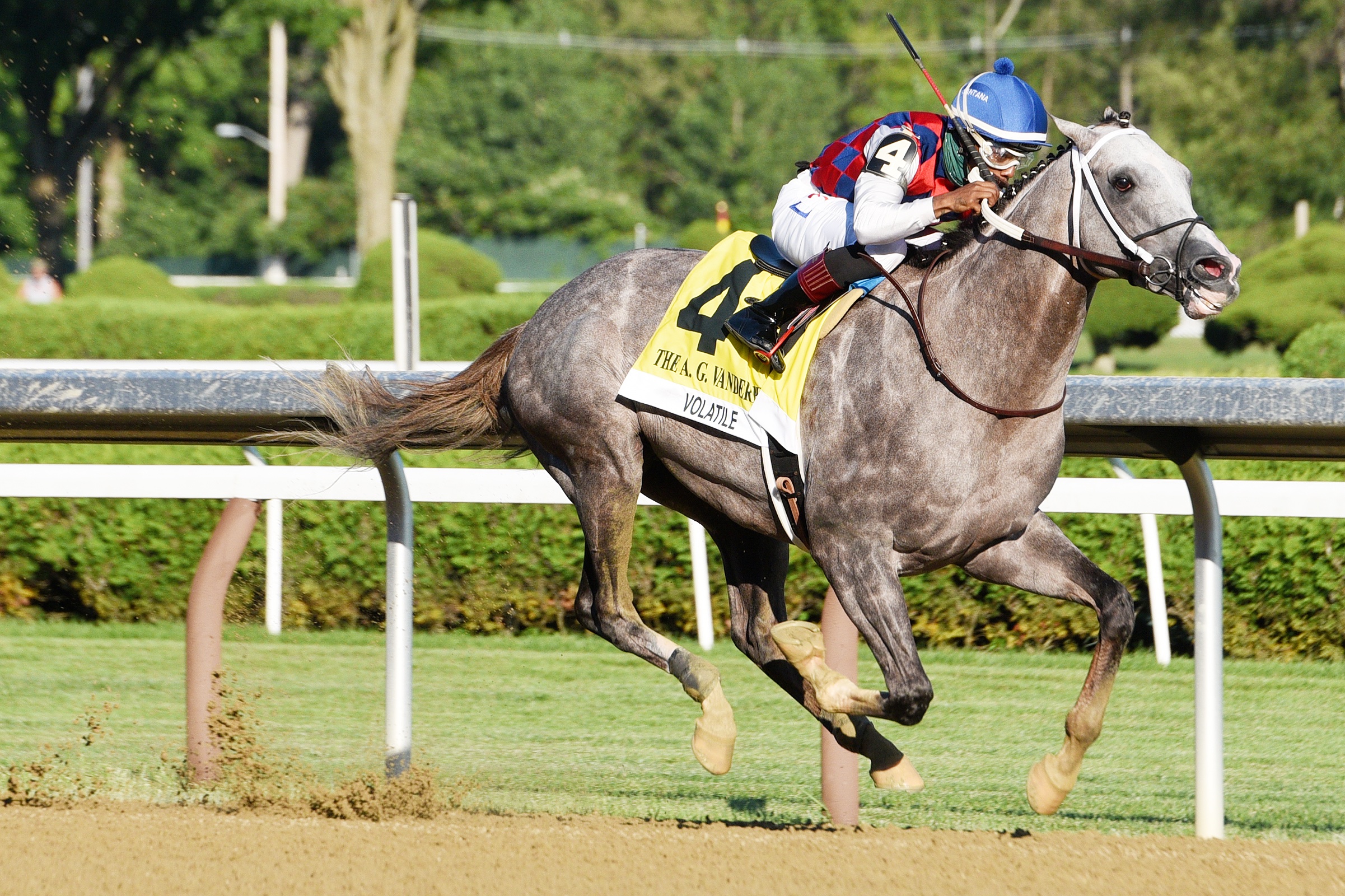 By Violence (Medaglia d’Oro), who ranks #1 in 2020 by Grade 1 winners, Volatile was his sire’s most expensive yearling sold at public auction when hammered down for $850,000 at Keeneland September in 2017. The ultra-talented and stunningly-gorgeous gray, was the model of consistency, compiling a record of 5 wins and a second from 6 starts. Undefeated this year, he rose to the top of the sprint division with dominant victories culminating in a Grade 1 win in the Vanderbilt where he clocked a final quarter :22.94, the fastest in the race’s history. His two starts prior to that saw a combined margin of victory of nearly 16 lengths, including a Stakes Record and near Track Record performance in the Aristides at Churchill which earned him the highest Beyer of the Year, a 112. His final time of 1:07.57 while being throttled down, was just .02 off the track record, running the final eighth mile in :11 and change.

“He reminds me very much of Mitole in his Championship season. Volatile is as fast as any horse I have ever trained. His brilliant performances this year would have made him the likely favorite for the Breeders’ Cup Sprint and a tough horse to beat. I trained his mother and his grandmother, the incredible Lady Tak who won multiple Grade 1 races for us. You will not find a better looking individual than Volatile, nor one with as much speed and raw talent.”

“Volatile is a beautiful horse that breeders will like when they see him. He exudes class and is a great physical. He was brilliant and that is what can make a stallion special,” said farm owner Gonçalo Torrealba, adding, “Three Chimneys will proudly support him with plenty of quality mares, I can guarantee that.”

A stud fee has not yet been announced. The farm will send a release informing breeders as to when he will be available for inspection.