Trainer Toby Edmonds has called Phoenix Global’s win at Ipswich on Friday “dominant” with the three-year-old colt breaking his maiden’s tag at the fourth time of asking.

Having shown plenty of promise and inexperience in his previous runs the son of All Too Hard lined-up in a 1200m maiden handicap from barrier four at the Queensland track under jockey Ryan Maloney. Having broken well he won the early battle for the lead and dictated the pace throughout. Maloney got his fractions spot on as when he asked the horse to go and win his race with 250m left to go he sprinted away and won easier down by just under four lengths.

“It was very dominant, the margin was what I expected and it’s what we had been expecting on his previous two starts and from the outset, “said Toby Edmonds, celebrating his first win for Phoenix Thoroughbreds. “For whatever reason that hadn’t happened until today. It might be a case of him just getting fitter so I think he has a lot more to offer. He’s still very raw and green, he wandered about in the straight and was still too good for them. It was a poor quality race so we’re not getting too carried away but it was good to get that out of the way and we’re confident that as we take him through the Grades he’s going to be a really nice horse in time.”

Edmonds has been very patient with the colt as he tries to coax the best out of him and it’s an approach that is starting to work. A good piece of work last Tuesday hinted that a winning run was just around the corner.

“It’s been all about maturity that’s all.” Explained the trainer. “These colts take a bit of managing and working out and sometimes they have a mind their own. But he’s a good horse and good sharp galloper and if we do the right thing by him he’ll repay us, I’m pretty confident.”

It’s not as if this performance has come out of the blue for the handler, who currently sits third in the trainers’ premiership. He’s always thought that the well-bred horse would have a future.

“He’s always been really sharp and I like his pedigree.’ Said Edmonds when asked what he first liked about the colt. “His dam was trained by a mate of mine, Joseph Pride, so I’ve known the family all the way through. Ever since we started galloping this guy, even as a young two-year-old, he’s always shown us something and I knew at some stage it would come to the surface. Today was the first step but we have a long way to go.”

Step-by-step would seem to be the mantra when it comes Phoenix Global and his future engagements with his trainer in the mind not to rush him and waste his obvious talent and making sure that he learns plenty every time he runs.

“The main thing he learned from today was how to win with the added bonus of getting him, fitter.” Said Edmonds “Today he was taken on mid-race and fought hard. In his previous runs he’s been challenged by a competitive horse alongside him he’s kind of given in a little bit. That might be down to fitness but certainly this time he was very good.”

So what next for this impressive winner?

“We going to roll him through the grades. “Answers Edmonds to that query. “He’ll probably go into a class one midweek somewhere in Brisbane or the Sunshine Coast or somewhere like that and just give him a bit more confidence. He might just be one of those types of horses that if we take small steps it will benefit us in the future.”

And that future could be very bright indeed. Don’t think for one moment that despite his patience approach Edmonds has considered the long-term plan.

“He’s certainly a possible Saturday performer and could quite possibly be, to my eyes, a Group horse, albeit it’s a long way from an Ipswich maiden to that. As a three-year-old colt we’d certainly think about going somewhere in the Championships with him at Randwick in the Autumn, that’s probably our goal. So now it’s a case of getting a few wins and his rating up all aiming towards that.” 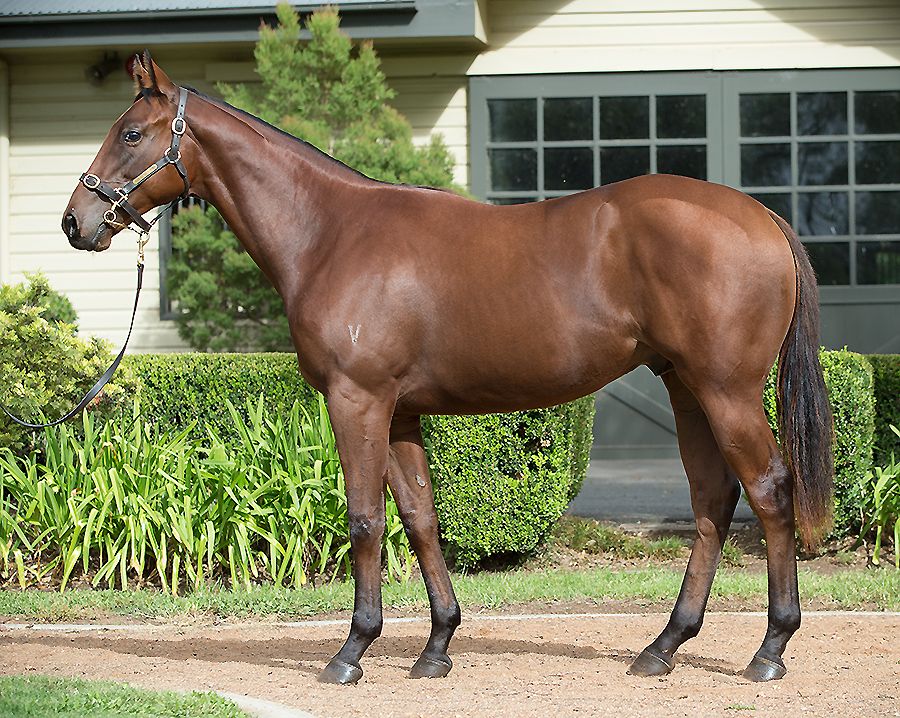