The Phoenix Thoroughbreds owned Advertise has been nominated as Two-Year-Old Colt of the Year at the prestigious Cartier awards, capping a stellar season for the son of Showcasing.

The Martyn Meade trained runner takes his place on the shortlist along side Quorto, Ten Sovereigns & Too Darn Hot, following a year that saw the colt break new ground for the innovative investment fund.

Bred by Cheveley Park Stud, he was very quick to show his talent, winning conformably at Newbury, on debut, while carrying the colours of Manton Estate Racing. Travelling well from the start, under jockey Richard Kingscote, he tracked the leaders before picking up nicely to win with plenty in hand. It was a performance that caught the eye of the expert Phoenix team and he was soon purchased in a private sale. 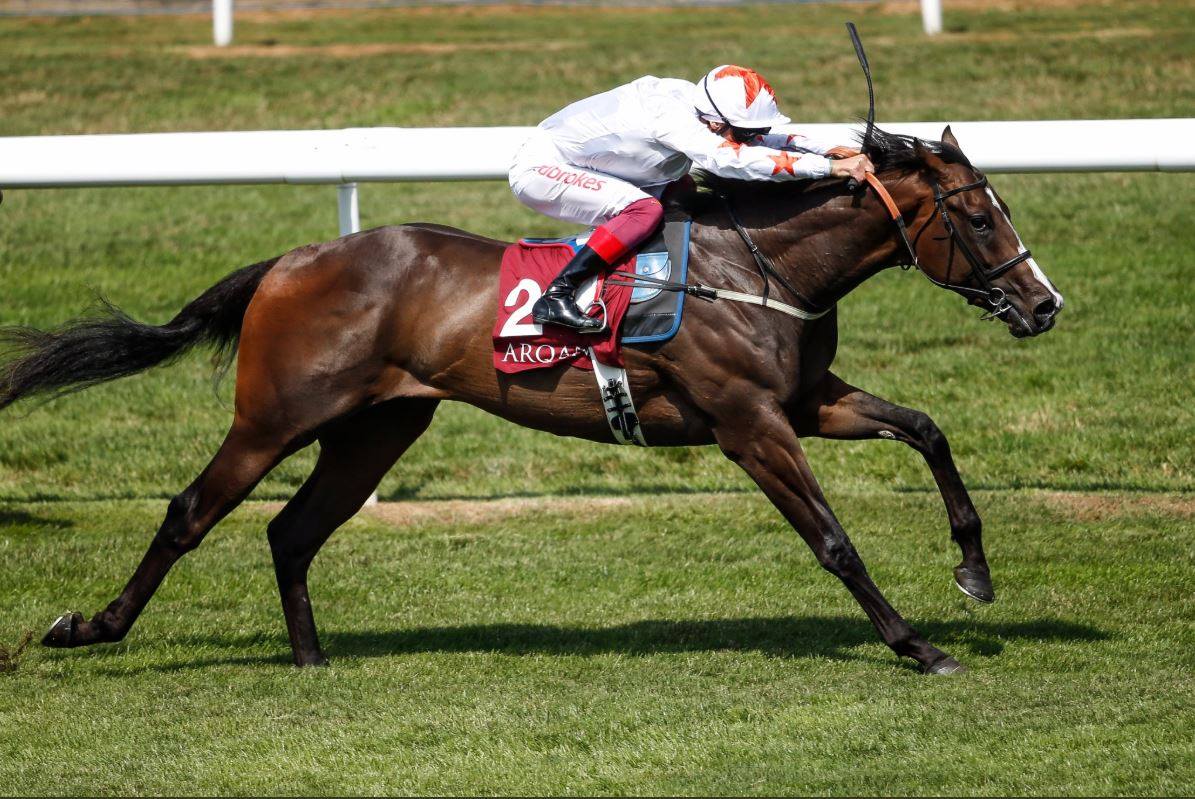 Advertise would make is first start in the now familiar White and Orange silks at Royal Ascot when lining up in the Coventry Stakes. That day he would run a brilliant race to find top prospect Calyx just the better. It has been argued, in some quarters, that he was drawn on the wrong side that day and had he been able to race alongside Calyx things might have been different.

That theory was given some credence in his very next start when, under Frankie Dettori for the first time, he ran our an easy winner in the Group Two July Stakes at Newmarket. Given a very cool ride, he was settled at the rear of the field before looming up to challenge the early leaders. Once Frankie said “go” the colt quicken clear to win by an, increasing, two lengths.

That set up the victory that made a bit of Phoenix Thoroughbreds and British racing history. After some confident words from his trainer Advertise lined-up against the big boys of Irish Racing to win the Group One Phoenix Stakes at the Curragh, with Dettori maintaining his unbeaten record on the horse. This time ridden closer to the pace, the two-year-old showed great heart to fight back after being headed to secure victory under pressure from rival So Perfect. It was a first European Group One success for the Dubai based owners, a landmark victory, re-affirming their place amongst the world elite. Advertise also became the first horse trained in Britain to win the race in 21 years.

The season would end with another excellent effort, this time in defeat, in the Dewhurst to fellow  Cartier nominee Too Darn Hot. He lost very little in defeat that day and we can expect the pair to meet in some of Europe’s top three-year-old races next term.

“It’s a great honour to have Advertise nominated.’ Said Phoenix Thoroughbreds’ CEO Amer Abdulaziz. “He has been a great horse for us this season and his Group One success in the Phoenix Stakes has been one of the biggest highlights in our fund’s history. It was a very important victory for Phoenix as our first Group One in Europe and its superb he has been recognized for his achievements. Martyn Meade and his team have done an excellent job with him, to keep him on top form for the whole season and we are excited to see what he can achieve next year. He will make a fine stallion in time but first let’s hope he can pick up some more top prizes. The other nominees are all worthy of this prize too and we look forward to the award ceremony.”

The winners of the Cartier Award Two-year-old colt category read as a who’s who of classic winners with the likes of Frankel, Gleneagles and Churchill all recipients in recent years. Started in 1991, European horse racing’s top awards are decided by three different criteria. Points are earned by horses in Pattern races, these are combined at the end of season with the opinions of a panel of racing journalists before votes from readers of Racing Post, The Daily Telegraph and ITV Racing viewers are added.

The 28th annual Cartier Racing Awards will be presented at a glittering ceremony before an invited audience at the Dorchester Hotel, London, on the evening of Tuesday, November 13.